When Does Puberty End: Stages Of Puberty For Boys And Girls

Puberty is the time of achievement of sexual maturation and fertility. The time of the beginning of puberty varies in different girls and boys. It depends on environmental and factors. In girls, puberty occurs between the ages of 10-14 years, whereas in boys, it occurs between the ages of 12-16 years. When Does Puberty End? We will answer comprehensively to this question in this article.

What Is Puberty and When Does Puberty End?

Puberty is the time during which girls and boys may pass through the process of sexual maturation. Puberty is a process that consists of various stages and steps. These stages ultimately lead to fertility. They also lead to the development of secondary sexual characteristics. These stages also lead to the achievement of physical features that are associated with adult females or adult males.

We have seen that puberty involves various biological and physical transformations. It also involves the emotional and psychological development of the adolescent. During puberty, girls may grow their breasts and start their menstruation cycles. Boys may grow their beards and change their voices.

When anyone asks you, When Does Puberty End? you should tell that different individuals achieve the stage of puberty at different ages. You shouldn’t be bothered if your child is achieving puberty before or after his friends. This is normal and depends upon genetic or environmental factors.

When Does Puberty Start?

Nutritional, environmental, and genetic changes may change its timing. However, when an individual achieves puberty very early, such as before 8 years or very late such as after the age of 14 years, then he should see a doctor for this abnormality. They should reach a doctor to make sure that if they are in good health or not.

When Does Puberty End Physical Stages Of Puberty

Professor James M. Tanner has divided various stages of puberty into the following five steps. Let’s discuss each stage one by one.

This stage describes the physical shape and appearance of the child before the appearance of any signs of puberty. At the end of this stage, the brain starts sending signals to different parts of the body for initiating changes. The hypothalamus starts releasing gonadotropin-releasing hormone (GnRH). This hormone travels to the pituitary gland. This is a small area in the brain that controls the release of other hormones. These early signs and signals typically appear after the 8th birthday of a girl. In boys, they start after their 9th or 10th birthday. Here, there are no noticeable changes in the physical shape of individuals.

This is the stage where physical changes start appearing in both genders. Hormones start sending signals to different parts of the body.

In girls, the first sign of puberty is that their breast starts growing. Their initial signs of breast development are called “buds,” which start to produce under the nipples. They may be tender or itchy. The size of buds may be different in different girls, and the rate of growth of breasts may also be different in different girls. They may also notice an expansion in the darker area around the nipples. Additionally, their uterus starts enlarging, and pubic hairs start growing.

In boys, during stage 2, their testicles and scrotum (skin around testicles) start to become bigger. Also, at the base of their penis, pubic hairs start to grow.

In girls, physical changes involve the continuous growth and expansion of breast buds, curling, and thickening of pubic hair, hair start forming under their armpits, and others. They may also experience the first sign of acne on the face and back. Their heights grow at a much faster rate. Their hips and thighs begin to build up fat.

In boys, physical changes involve an increase in the size of the penis and testicles, formation of breast tissues under the nipples, beginning of wet dreams, change in voice, and many others. Their muscles also become stronger, and height starts increasing at a faster rate.

At this stage, puberty is in full swing. Both boys and girls notice many changes.

In girls, this stage starts at the age of 13. This stage includes changes such as the fuller shape of breasts after passing the stage of bud, many girls get their first periods, slowing of the increase in height, and pubic hair becomes thicker.

In boys, this stage starts at the age of 14. They may notice changes such as testicles, penis, and scrotum continue to become bigger and scrotum becomes darker in color. Their armpit hair starts to grow, permanently deeper voice, and acne may begin to appear.

When you have to answer the question When Does Puberty End? you should tell that tanner stage 5 is the point where puberty ends. This is the final stage of the sexual maturation of a child.

In girls, this stage starts at the age of 15. This stage may involve changes such as breasts may reach the adult shape and size, periods become regular, girls get their maximum height, pubic hair reach to inner thighs, reproductive organs become fully developed, and thighs, hips, or buttocks reach their beautiful shapes.

In boys, this stage begins at the age of 15. At this stage, their penis, testicles, and scrotum reach their adult sizes and shapes, pubic hair spread to inner thighs, facial hair starts growing, boys reach their maximum heights, and muscles continue growing. Hence, when people ask, “When Does Puberty End?” we may tell that at the age of 15 years, puberty ends.

Puberty may be a difficult and tedious time for children. They may not feel well during different stages of puberty. They have to cope with different changes in the shape or size of their body parts, body odor, or acne at a time when they start feeling self-conscious. These changes may also be exciting for some children because they develop new emotions and feelings. This “emotional rollercoaster” may produce several emotional and psychological effects. These effects may include mood swings without any reason, aggression, self-esteem, depression, and others. These are some of the mood changes that kids may showcase during their different stages of puberty. We have explained some common behaviors of different children, but they may not fit all children. Different individuals may showcase different mood swings. The fact is that all children show some particular mood swings and emotional gestures.

We should know that with growth and development, the number of cells increases, and the body of the child gain weight. We know that in different tanner stages, children undergo different changes. We have seen that in each stage, there is growth and development. Each developmental or growth activity adds cells to the system, and hence it increases weight. We come to know that both girls and boys show a change in their body weight. It is observed that adolescent girls gain more proportion of body fats as compared to boys. This gained fat redistributes itself in the upper and lower parts of the body. This ultimately leads to a curvier physical appearance. In boys, their muscles grow faster as compared to other body parts. In this way, we have seen that both boys and girls may gain weight over time. Hence, during puberty, they also notice weight changes.

Both boys and girls also experience emotional changes during puberty. This accompanies the myriad physical changes of puberty. These are particular changes that aren’t similar for all growing children. These changes occur in a way that how a teenager responds to family or friends or how he views herself or himself. Many adolescents may be self-conscious, or they may experience anxiety, mood swings, confusion, and sensitivity. Not all the feelings of puberty need to be negative. This is a time when the individual learns about his aims and goals or interests. When these changes are not normal or unusually severe and affecting day to day functioning, you should consult a doctor.

We have seen that many emotional changes have occurred during puberty. Some other emotional changes may include the attraction of boys towards girls or girls towards boys. Boys may start watching girls and enjoy their company. They may feel sexual arousal or feelings to get physical. These are also some changes that are related to puberty.

We have described puberty and its different stages in detail. We may understand that the stages of puberty are five, and they involve different physical changes. We also come to know that different individuals may start puberty at different ages. The timing of puberty depends upon nutritional, genetic, or environmental factors. We have also answered the question “When Does Puberty End? 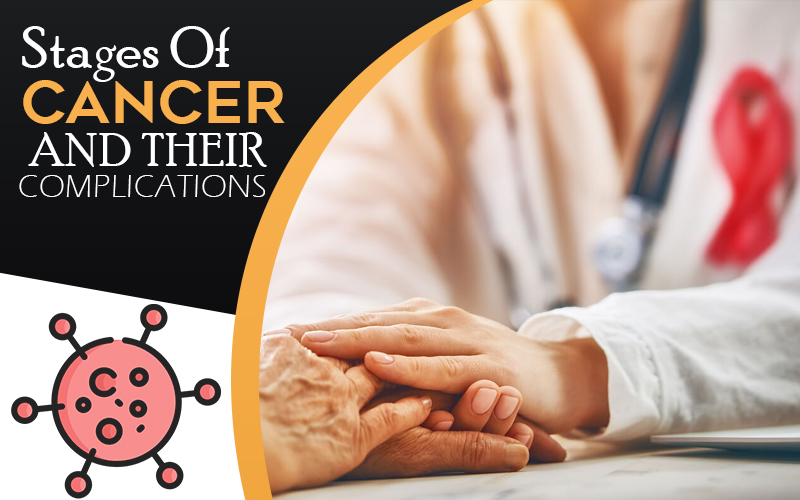